With Aberdeen beating ….St Johnstone Yesterday 2-0 it’s maybe not so much a happy new year for the Celts, our game was called off in the afternoon due to a waterlogged pitch at Partick Thistles firhill ground and due to that fact Celtic won’t get the chance to return to the top of the premier league this new yrs week Aberdeen are 1 point in front on 40 points with Celtic on 39 with a game in hand now..

Celtics next outing is on Monday evening when they face Kilmarnock at rugby park, so an extra few days off for the team, should hopefully build the hunger in the players to try to regain top spot,as Celtic won’t be playing at home for the next few games because of cup ties against Sevco and Dundee ,a winter tour in Spain where They will face Dutch League leaders PSV Eindhoven and Ukrainian side Shakhtar Donetsk in a three-team mini-league and a further fixture against Hamilton away …before Motherwell come to parkhead on Wed 21st jan, it’s going to be a very tough period for the hoops this is why the transfer window I believe should only see in-coming traffic..

Theres been links in the recent few weeks with Dundee utds Nadir Cifici and Stuart Armstrong,while Everton’s Francisco Junior is currently on trial at Celtic Park, whilst manager Ronny Deila also has an interest in Genk’s Kara Mbodj, but he may cost up to £5m.Another potential target for Deila is Rosenberg midfielder Mix Diskerud, who was in the United States squad for this summer’s World Cup, thought he didn’t get on the pitch for Jurgen Klinsmann’s men in Brazil.Deila will be familiar with the 24-year-old having played for Stabaek whilst Deila was managing rivals Stromsgodset in Norway, and reportedly wants to bring him to Glasgow..Martin-Odegaard Also remains on the Celtic bosses radar,alough interest from liverpool and Man utd may come in the way of any potential move………….. 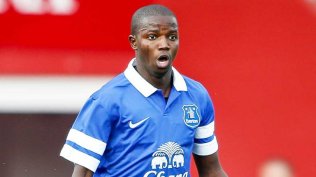 As far as players leaving the club the speculation over Virgil Van Dyk and Chris Commons remains and another thought to be leaving could be Beram Kayal almost certainly heading back to his native Israel with Maccabi Haifa,if I was Celtic I would try to hold on to all the top stars as the challenge this season from Aberdeen and Dundee utd is a real one…..

In an article today one star who wants it known he’s happy at the club is Leigh Griffith the former Hibs striker has said he wants to remain at Celtic and fight for his place,personally i don’t see the need to sell players ..if we want to win the league and a few cups this season though id suggest it would be more beneficial to keep the current squad together and add a few to the mix…

Usually around Christmas and new year Celtic have a decent lead at the top of the division with the results Yesterday and the weather playing a part in Celtics fixture being posponed..the club find themselves for the first time in a while playing catchup,whilst many Celtic fans might not like the situation with things being so close,i believe its good for Scottish football as a whole that there s 3 or 4 teams challenging for the honours ,Celtic won the title last season but Aberdeen and St Johnstone won the cups so it makes it a bit more interesting ,ive no doubt we will win a few things this season………………

THE CELTIC FOOTSOLDIERS MACLAD1888 The blog was setup over 6 years ago its mainly about celtic football club and the great fans ,but olso the wider footballing issues in scotland like Rangers fc deceased 1873-2012-and there piriah club Sevco .... its always developing and its not the finished article theres pages at the top which are works in progress..the core off the blog is fully operational and theres more than enough for people to get through,im always adding stuff.so enjoy it and share...this club off ours is very special its like no other and the celtic family is worldwide hh and god bless YNWA
View all posts by Maclad1888 →
This entry was posted in Celtic Football Club and tagged Aberdeen, Anthony Stokes, celtic, Celtic F.C., CELTIC FOOTBALL CLUB, celtic footsoldiers, Celtic Park, Francisco Junior, hamilton, hoops, Kara Mbodj, Kris Commons, Leigh Griffiths, Liverpool, maclad1888, man utd, Mix Diskerud, Mix Diskerud                            Francisco Junior, Nadir Cifici, paradise, parkhead, PSV Eindhoven, ronnie deila, ronny deila, Scott Brown, Scottish Premier League, Scottish Premiership, Shakhtar Donetsk, st johnstone, the hoops, UEFA. Bookmark the permalink.