After the 5-0 demolition of Ross County on Saturday it could be perceived that the team has turned the corner and a run of positive results are about to be achieved, first up is Fc Astra on Thurs night in the Europa League a win would put us on 7 points after 3 games and could be seen as a good platform for the 3 remaining fixtures..Fc Astra have been the whipping boys of the group so far but celtic can’t underestimate the Romanians who will probably go all out for a victory .

..On form we should win this easy but I don’t really see this game being a total walkover and we may have to grind this one out, So caution will need to be the order of the day,i think Ronnie Deila will have to go with a solid midfield 5 in a 4.5.1 flat formation with Stokes the lone striker,win the midfield and we win the game it’s not about big scorelines it’s about points and 3 points is a must from the game, id have Brown,Johansen,Kayal as the middle 3 with McGregor and Mulgrew either side of them…

If a win can be achieved then there’s no reason why we cant progress from the group to the second stage ,it was always my belief that the Europa League was Celtics level,im not trying to say we should not get a chance in the Champions League because as league champions that’s our right but in recent yrs the gulf between Celtic and most of the other clubs financially is huge ..Europa League will i believe provide Celtic with another decent run in europe like 2003…

Nxt up in the league is Kilmarnock who are having a decent season so the hoops will need to prepare for the Ayrshire side after there Europa League outing on Thurs 23rd Oct,Celtic can climb the table with a win and start eating into Hamilton’s lead at the top ,there’s a game in hand to be played against Partick Thistle so the clubs true position in the table isnt really clear yet,but if the team can follow on from the 5-0 drubbing of Ross County in this home fixture ,the fans may start to believe and get behind Ronnie Deila….

Following the Killie game were on League Cup duty against Partick Thistle in the first Glasgow derby of the season ,at this stage of the competition i would hope Ronnie Deila puts out his strongest squad possible,im not one of these fans who devalue a trophy ,there all there to be won and the League Cup is no exception ,Partick Thistle are a team ive always had a wee soft spot for and if i wasnt a crazy mad hoop they’d probably be my team,having said that i think Celtic will be too strong on the night and progress to the next round…..

To finish the run of 4 games Inverness Caley Thistle come to paradise and theve become something of a bogey team for the Celts down the yrs so of all the 4 games i see this being the hardest of the lot ,i think if i was Ronnie Deila id sit the players down in front of several recent losses or draws against the highlanders to instill an air of caution to the group not to get complacent..

If these 4 games can be negotiated with good league points in the Europa league and Premier League and the bonus of a cup win,the fans will see Ronnie Deilas football philopsy coming to the fore………………………… 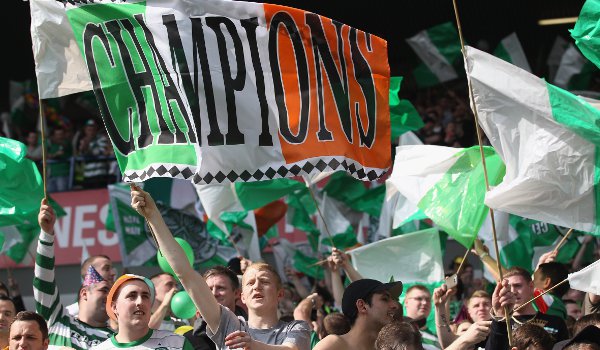 THE CELTIC FOOTSOLDIERS MACLAD1888 The blog was setup over 6 years ago its mainly about celtic football club and the great fans ,but olso the wider footballing issues in scotland like Rangers fc deceased 1873-2012-and there piriah club Sevco .... its always developing and its not the finished article theres pages at the top which are works in progress..the core off the blog is fully operational and theres more than enough for people to get through,im always adding stuff.so enjoy it and share...this club off ours is very special its like no other and the celtic family is worldwide hh and god bless YNWA
View all posts by Maclad1888 →
This entry was posted in Celtic Football Club and tagged Anthony Stokes, Celtic F.C., CELTIC FOOTBALL CLUB, celtic footsoldiers, Celtic Park, Europa League, Fc Astra, Inverness, John Guidetti, kilmarnock, Kris Commons, league cup, maclad1888, paradise, parkhead, partick thistle, ronnie deila, Scott Brown, Scottish Premier League, Scottish Premiership, Stefan Johansen, the hoops. Bookmark the permalink.